A New (to me) Photo Development Tool (Warning: techie stuff)

I recently discovered a new tool for use with Adobe's Photoshop that is amazingly powerful for my landscape photography; Luminosity Masks. Tony Kuyper ( http://goodlight.us/writing/luminositymasks/luminositymasks-1.html ) has developed this tool and associated tutorials; the control provided, once mastered, is truly revolutionary. (I have no financial relationship or other interest in Tony's work). Best $80 I've spent in a long while!

The first image I played with was the Oceano Dunes image in a recent blog post below. Here is the original image posted: 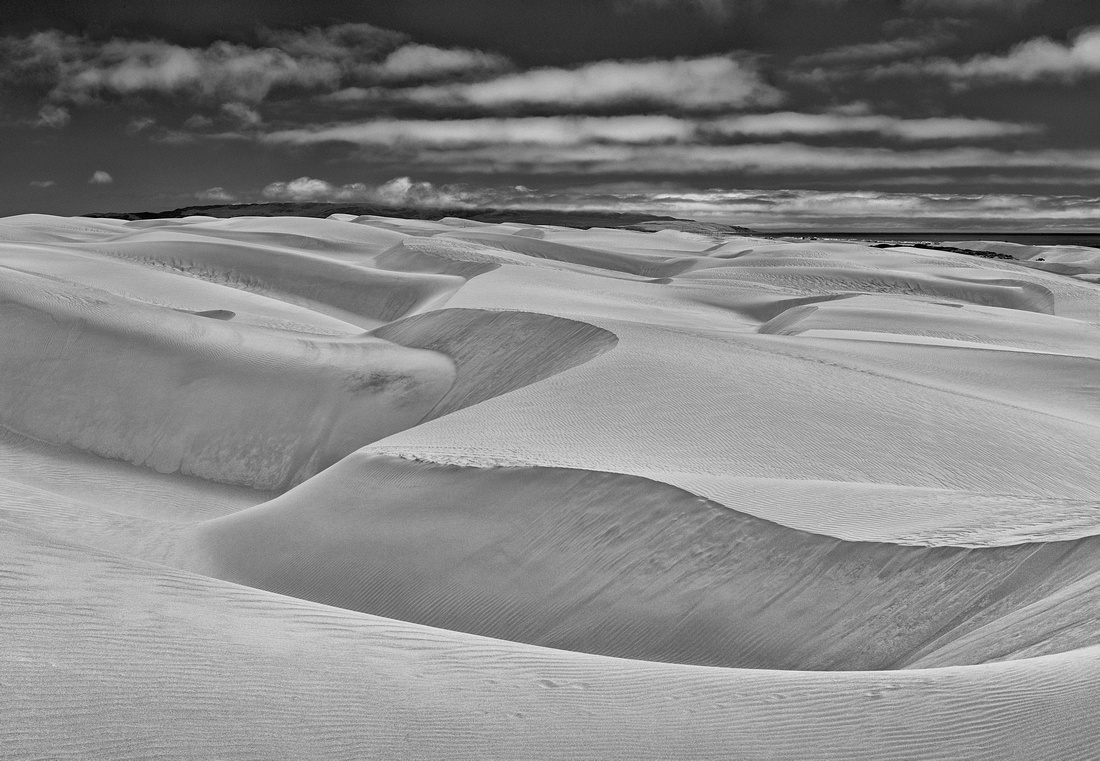 Oceano Dunes - Development Version 1This is the originally developed image: usually I post these fairly quickly after capturing them.

I received lots of comments and valuable critiques from friends and other photographers. One of the primary critiques was that more contrast was needed: the image was too "soft". Others liked it with the lower contrast. To see for myself, I continued working on processing with the tools I've used for many years: Photoshop adjustment layers primarily using curves, levels and brightness/contrast (as it is a black and white image), painted into various areas on the image. I ended up liking the image with increased contrast, and printed it for critique at the local Palo Alto Camera Club. Here is the file that the print was made from: 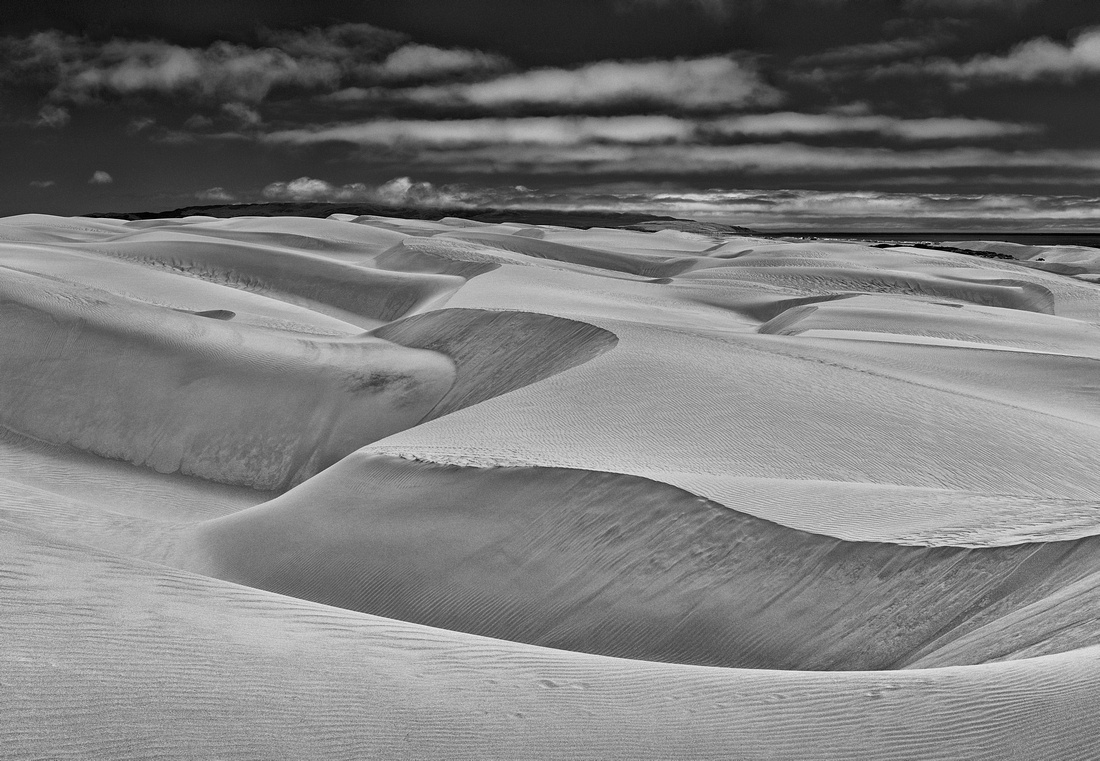 Though the print got positive comments, the primary criticism was that there was no "story." Now a story needs a subject, so in this image I believe what was being said was that the viewer's eye was not directed anywhere. There was no path to follow, nothing to keep the viewer's eyes from wandering off frame, no place where the eye kept going back to.

I was working with Tony Kuyper's luminosity masking techniques and thought I would try them on the image. The initial tools I used, curve, level, and brightness saturation masks had been taken as far as they could go without beginning to blow out the highlights or darken the shadows when trying to adjust the brightness and/or darkness of the middle tones. Pinning down the curves produced muddiness in the highlights or loss of detail in the shadows. The subtle impact of using luminosity masks allowed me to address the tonalities in between the darkest and lightest areas in a highly selective way without loosing contrast or detail. Below is the image after using these new tools: 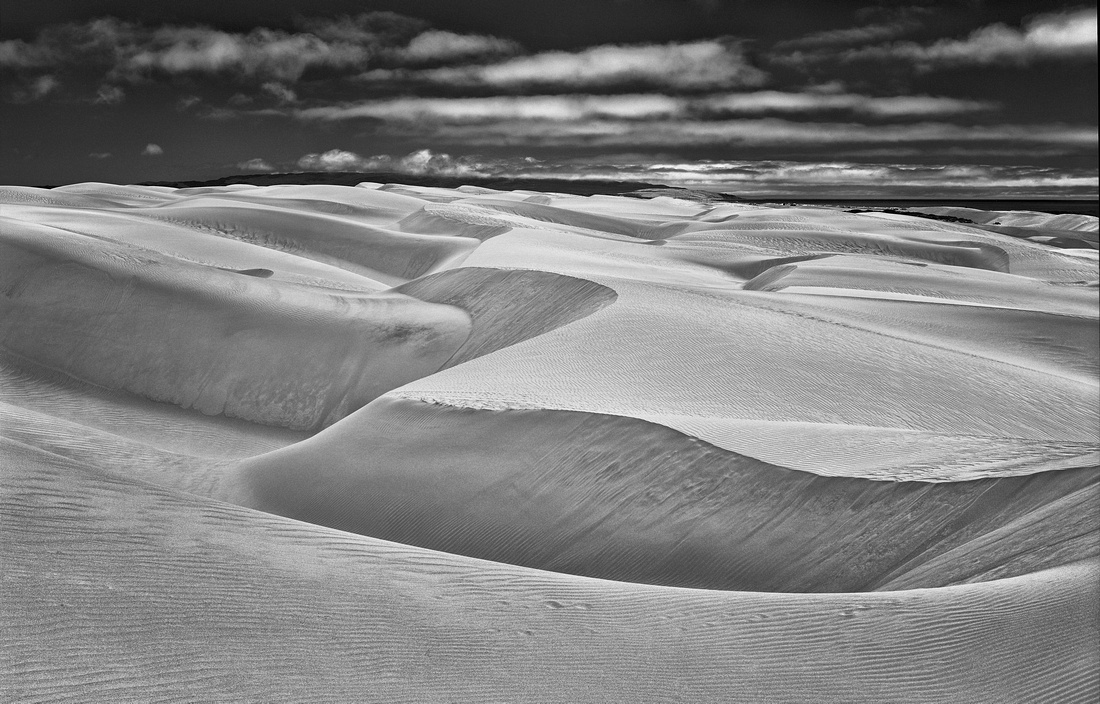 It may be difficult to see these differences by scrolling up and down this page, so here they are side-by-side. I would advise you click on each image which will open up a new tab in your browser. Then click back on the tab for this page and open up new tabs for the other two photos in the same way. Then you can click between tabs to quickly see the differences. 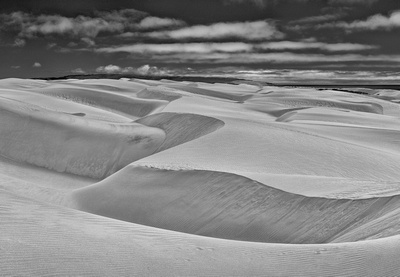 Oceano Dunes - After contrast changes. This image was printed and critiqued at the Palo Alto Camera Club. 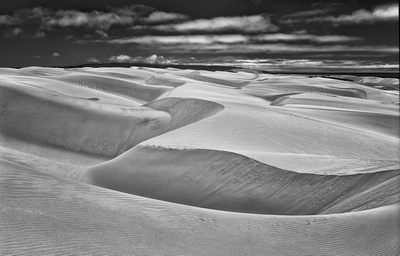 I'm really impressed with these new tools. I've just begun to use them. They have far greater capabilities than I've used here, but mastery of them is still a long way away. Good thing I love learning curves! Try them yourself: Tony has posted free tutorials online that you can dig into. I took the easy way (after trying to work through a couple of tutorials) and bought the package with the video tutorials by Sean Bagshaw and the panels for Photoshop that automate creation of many of the masks and other advanced techniques.