Made a quick 3 day trip to Lee Vining last week. We (my wife and youngest) were going to stay in Yosemite at Crane Flats campground, but I changed our minds when I heard the colors were coming out on the aspen and cottonwood trees in the eastern Sierra's. Kind of lucky we did as the Dog Rock fire in Yosemite started a couple of days before we left...

We went over Monitor Pass (a first for me and absolutely stunning), but no images from that passage as I was towing the trailer and too white knuckled to think of it; afraid if I stopped I might not get going again!

But the Conway Summit coming down into Lee Vining was in full glory:

From a technical perspective, I think this image brings out one of the biggest changes digital has brought to photography. The ability of digital sensors to record more than twice the range of light over film (almost 3 times compared to positive/slide film) allows photographers to make images in bright conditions that were not considered possible with film. Many folks say the best time to photograph is during the "golden light" hours: an hour before/during sunrise and an hour during/after sunset. Though this may hold true still, there are a lot more opportunities for landscape photographers to capture good/great images. Digital sensors have really made this possible; great to not be so restricted.

June Lake loop was almost at peak. These images were taken after sunset and we really got to see the Alpine glow of the aspens: 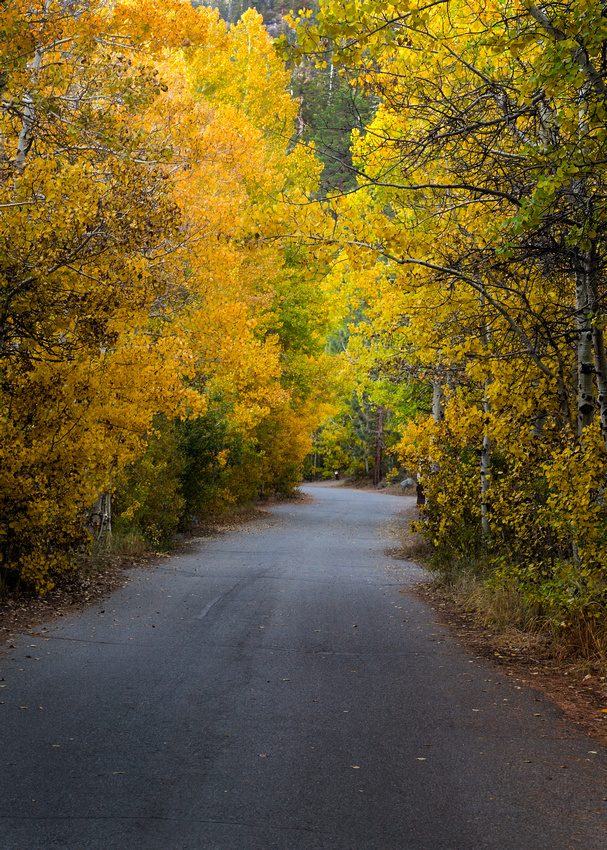 One of the things I like most about this image is it's softness. I'm a real sucker for sharp sharp images, but sometimes well placed out of focus areas can make an image very special. Wish I could claim this was done purposely on the above image, but it just happened because I was shooting handheld (my cameras don't have image stabilization). Old saying, "I'd rather be lucky than good" still holds true... 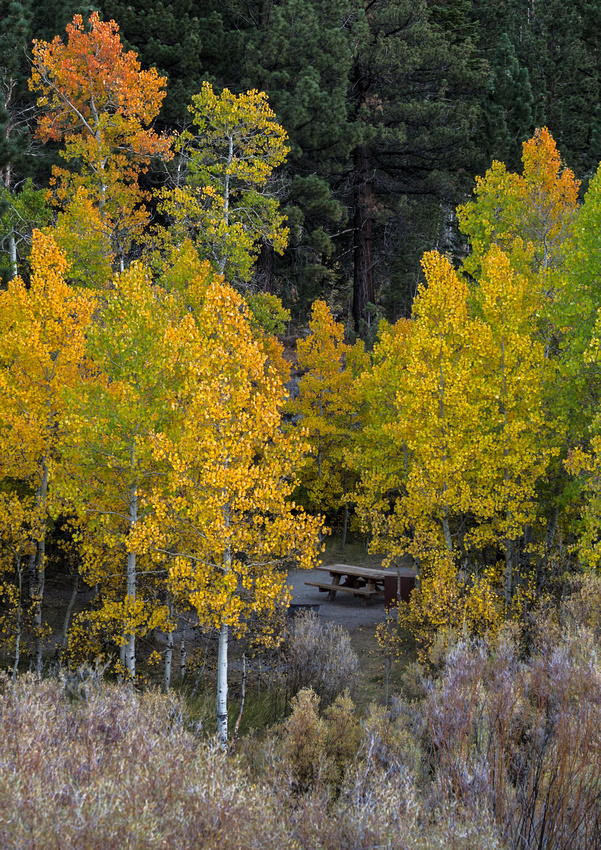 And great old western towns in the area. We only spent an hour or so in Bridgeport but hope to hit Bodie, Bishop and Lone Pine some day. The Courthouse in Bridgeport is a great old building: 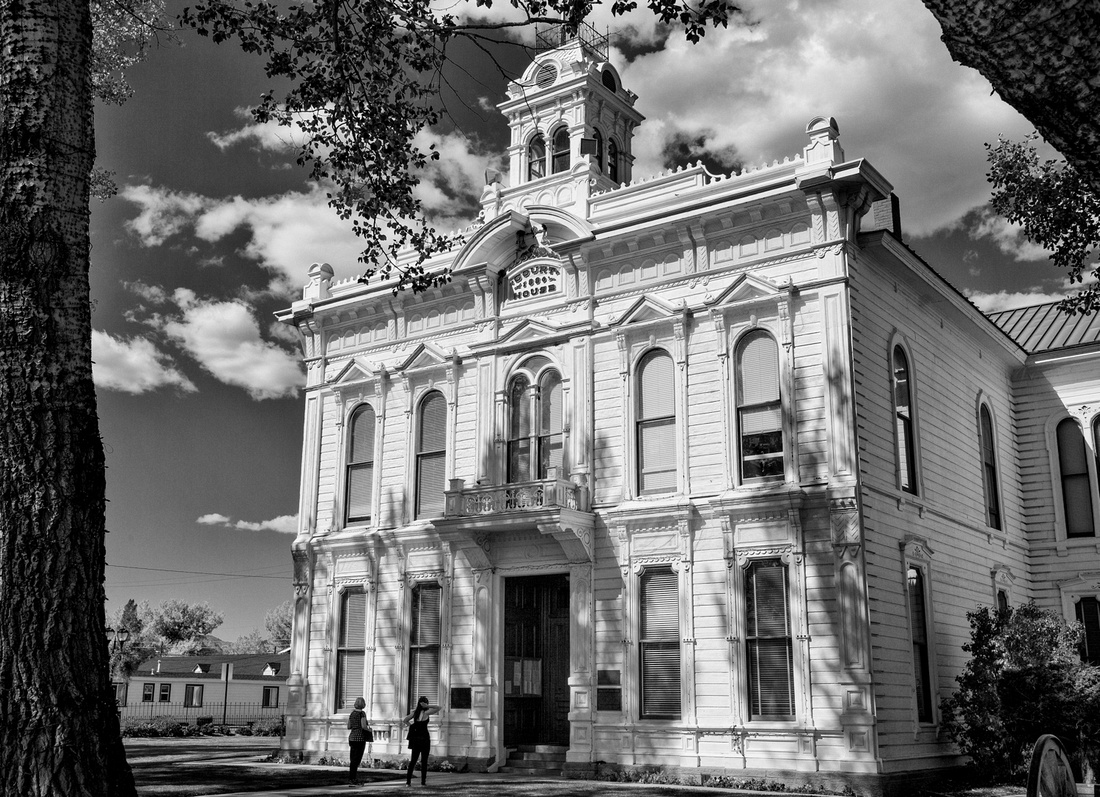 And to top it all off, we really enjoyed the company of our youngest. Just like her Papa, she needs a kickstart in the morning. This is my favorite image of the whole trip!: 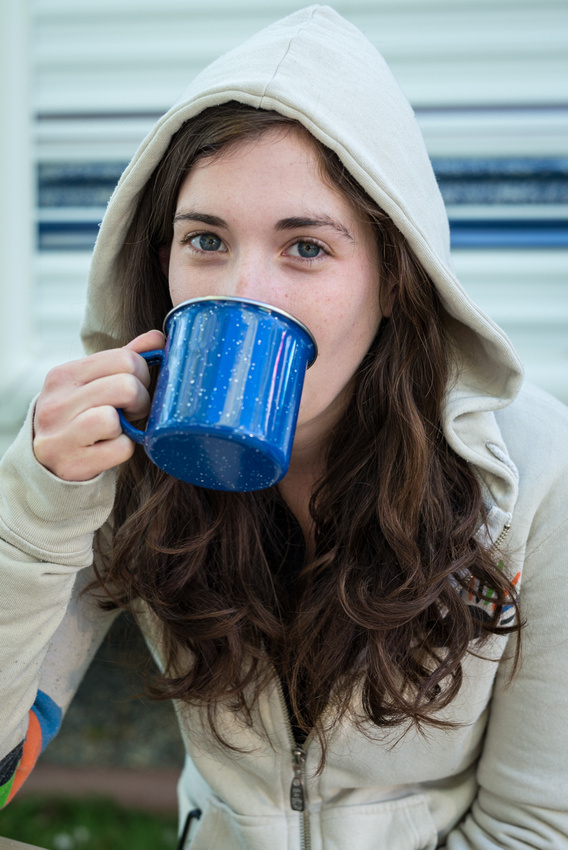 Morning CoffeeMy favorite colors of our fall outing!! So nice to have my youngest along.

My guess is that the area from Bishop to Lee Vining is crawling with photographers right now. But we only had a couple of days, and I felt really fortunate to be with my family in such a beautiful, quiet area. Hopefully next year we will stay longer!